“If you’re in a political knife fight, you’ll want Ben Nuckels on your team.  Ben doesn’t tell you what you want to hear but he tells you what you need to hear to win.”

When Illinois Governor Pat Quinn hired Ben Nuckels to serve as his General Election campaign manager and strategist he was 16 points down in the polls. His opponent, Senator Bill Brady, was a millionaire with a very simple message of lower taxes, less corruption, and “run Illinois like a business.”

Illinois voters were fatigued after the tumultuous term of now-imprisoned former Governor Rod Blagojevich and were looking for something new.

However, we turned Brady’s perceived strengths to weaknesses… and we never let up. No one predicted Quinn’s victory. RealClearPolitics.com declared the Quinn victory the #5 upset in the country. 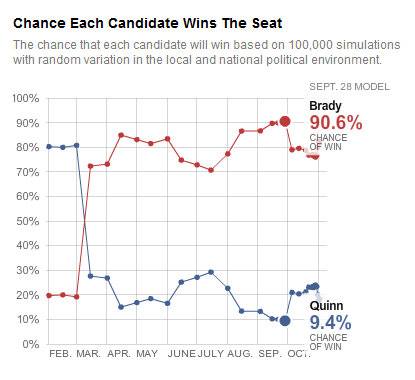