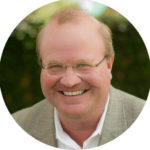 Some 25 years ago Dane Strother spent three years as a journalist where he worked his way onto a newspaper that shortly thereafter won a Pulitzer. He was then told he could not cover politics because his father helped invent political consulting and was overseeing Gary Hart’s campaign for president so Dane set down his reporting pen and moved to Washington.

Dane has helped change and shape political communication since arriving in D.C. From creating the first political text messaging company 15 years ago to utilizing the cutting-edge digital and social media targeting of today, Dane has been on the technological forefront of how to best place messages in front of voters in the most efficient and cost effective means possible. It’s worked.

Dane has helped elect Governors, Senators, Members of Congress, and Mayors while working in 42 states and 6 countries.

With a front page article and sketch, The Wall Street Journal credited him with making HMO reform a national issue.  And Campaigns and Elections Magazine credited him with changing the format of political advertising.  Recently, he and Ben Nuckels won a gold Pollie Award for best national Public Affairs campaign for work done with Airbnb.  Their partnership has resulted in far more national awards than any other political communication firm.

Dane is regularly quoted in America’s major publications, including Business Week, the Washington Post, the New York Times, and wire services. He’s been on the NBC nightly news numerous times and all of the cable news shows including Fox, MSNBC, CNBC and CNN. Today he contributes a column in The Hill newspaper.

Dane is on the LSU Journalism Board, has lectured at Harvard College, Johns Hopkins in D.C., American University, George Washington University, Louisiana State University SAIS program in Bologna, Italy, Northwestern State, and Washington and Lee among others.  He’s also spoken to dozens of conventions and groups for a fee.

Today Dane splits his time between Sacramento and Washington, D.C. while getting to his favorite place in Montana whenever possible where he fly fishes, cooks and drinks red wine with friends who swing through.